This past year, the National Fuel Up to Play 60 Student Ambassador Summit was in Cleveland July 16-19.

The summit is an annual event for students who are involved in their school’s Fuel Up to Play 60 program, which empowers students to eat healthy and be active. Fuel Up to Play 60, established by the NFL and America’s dairy farmers, is the country’s largest in-school health and wellness program with more than 73,000 schools enrolled nationwide.

The American Dairy Association Mideast partners with the Cleveland Browns and the Cincinnati Bengals to deliver the program to area schools. Christian Kirksey, Browns linebacker, and CJ Uzomah, Bengals tight end, are the Fuel Up to Play 60 player ambassadors and spokespeople for ADA Mideast.

All 32 NFL teams are involved with the Fuel Up to Play 60 program, and many teams sent players to the summit!

During the four-day summit, students and educators were equipped with knowledge and resources to help lead healthy changes in their schools and communities.

As a result of the previous summit in Georgia, Josette Folk, a physical education teacher and Fuel Up to Play 60 program advisor, reported a 300% increase in breakfast participation at her school, Louisville Middle School in Ohio. She says her students returned from the summit energized and empowered, and credits them for their school’s breakfast success.

Jenny is the Senior Vice President of Communications for the American Dairy Association Mideast. Although Jenny’s roots are in agriculture, she now considers herself a city dweller. In her free time, Jenny enjoys cooking, running, traveling and playing with her dog!

View all of Jenny’s articles... 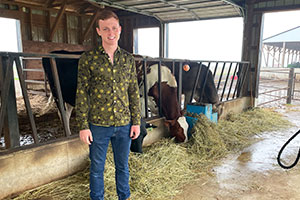 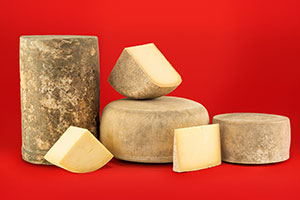 Learn more about this artisan cheesemaker located in the heart of Cincinnati, Ohio.