Guggisberg Cheese has been producing cheese in Millersburg, Ohio since 1950. The local business is known for its award-winning Baby Swiss, which Alfred Guggisberg invented.

Guggisberg Cheese was recently awarded first place in the Swiss division of the 2022 American Cheese Society Judging Competition. They have won many awards at the state, national and international level, and were also awarded grand champion at the Ohio State Fair Cheese Contest.

The company manufactures seven varieties of cheese, including their most popular Baby Swiss, as well as Premium Swiss, Emmental Swiss and Amish Butter Cheese. They continue to use milk from local dairy farms to produce their cheese, just as they did in the same location nearly 70 years ago. Margaret looked at the little wheel of cheese he created and said “Oh, Baby Swiss.”

After attending cheesemaking school in the Swiss Alps and practicing cheesemaking all over the world, Alfred Guggisberg found a new opportunity for he and his wife Margaret in Ohio. Dairy farmers in the Millersburg area were in search of a cheesemaker to provide a market for their milk, so Alfred established Guggisberg cheese, where he began to produce traditional Swiss cheese.

“Alfred began to notice that the local palate was a little bit different than what he was used to in Europe,” said Ursula. “People around here didn’t really care for the super strong and robust flavor of Swiss cheese like they did over there.”

“Alfred set out to create a new recipe that was similar to traditional Swiss, but had a milder, creamier flavor,” Ursula explained. “As he experimented, Margaret looked at the little wheel of cheese he created and said ‘Oh, Baby Swiss,’ and that’s where the name came from. It has now become a household product across the nation, and it all started right here.”

In addition to their cheesemaking plant, the company has a retail store where they sell over 60 varieties of cheese and visitors can observe the cheesemaking process. They also operate a restaurant known as the Chalet in the Valley, where they serve authentic Swiss and Austrian cuisine.

“Margaret had always dreamed about having a restaurant and being able to serve people the dishes that she grew up with, as well as showcasing the cheeses that we make,” Ursula said. “She made her dream a reality in 1983 when they opened up the restaurant and she had a hand in its operation up until she passed away in 2015.”

Guggisberg cheese is now run by Alfred and Margaret’s son Richard. Under his operation, the company has become one of the leading producers of Swiss cheese in the nation.

Tristen is a Communications Manager for the American Dairy Association Mideast. A proud graduate of The Ohio State University, Tristen was raised on a dairy farm in Northwest Ohio. She is a social media enthusiast and foodie who enjoys cooking and visiting local restaurants in her free time.

View all of Tristen’s articles... 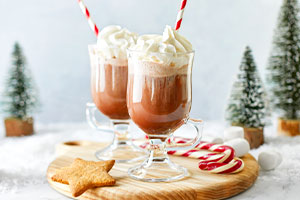 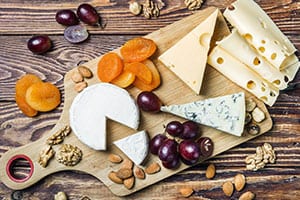 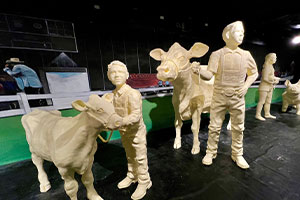